Rewind to six months ago- I started getting excruciating stomach pain one morning, along with a few other unwelcome symptoms. It was out of no where, so I thought that maybe the three glasses of bubbles I had indulged in the the night before had given me a bit of a dodgy and unusual hangover… If only.

The cramping subsided after a few days but returned only three days later- this was a pattern that continued (along with other unwanted symptoms) for the next almost four weeks. You’d think I would have gotten the hint that something was up- but no I thought I had eaten something bad/ gotten a stomach bug/ reacted to something.

A simple test soon showed that I had a parasite, Mr D. Fragilis.

I can’t say that I was happy to have a little friend living, breeding and growing inside me, but on the other hand at least I knew that something was actually wrong!

Fast forward two horrible course of antibiotics (the first didn’t work..) and many nauseous days and I was cleared. Hooray!

So I thought I was cured and life would go back to normal. WRONG.

My naturopath explained to me that my gut was extremely sensitive, so I cut out basically everything delicious.

As someone who already eats really well my friends were confused how I could cut anything else out of my diet!

So over the months I experiments with foods and slowly re-introduced everything but gluten (my stomach is not a happy chappy).

Despite not being able to drink, eat gluten, being annoying and asking every restaurant i eat out at a million questions about ingredients I’ve been pretty good. But now, that for some ridiculous reason it’s gotten worse, and continues to each day, I’m almost at my whits end!

My GP says I now have IBS and I’m in the middle of a flare up, my naturopath says that IBS is just a basket that GPs put you in when you don’t fall under any other category.

So that’s how I found myself paying $500 for a test that will be sent to the US and hopefully make all my dreams come true. You’d hope so for that amount of cashola!

Although on another note- it is supposed to be really good and will tell me everything I want to know (and don’t want to know) about my stomach and what’s going on down there.

So fingers crossed that it pin points something!

Have you had any luck with tummy troubles? Have you recovered after a parasite?

I feel like the older I get the fast time goes by.

I must admit that last year I slipped a bit and neglected to write! But I never stopped cooking, experimenting and working out!

I’ve got lots of recipes and tales from the year that was in store so stay tuned over the next few weeks! 2015 is the year! 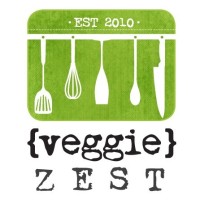 Vegan & Vegetarian recipes from around the world

The latest news on WordPress.com and the WordPress community.

Katie at the Kitchen Door

Food and Everything Else Too